Ratel, also known as the honey badger, is often considered one of the world’s most fearless creatures.

The Status of the Ratel

The ratel is not considered an endangered species because it’s located in a number of regions around the world, including Africa, India, and parts of Asia.

Additionally, this animal adapts very well to its environment, which has allowed it to thrive for many years.

This animal has a gland near its tail that is able to discharge a foul-smelling liquid if it feels threatened at all.

Ratels also have a thick yet loose skin which allows them to be quite resilient in battle. If a predator does try to attack them, they can usually wriggle free using this skin.

Ratels eat a number of different types of foods, which allows them to thrive in many environments. Even though they are primarily considered carnivorous creatures, they also eat fruit, roots, eggs, and of course honey. Their propensity for honey is what has earned them the name of “honey badger”.

These creatures also have powerful, sharp teeth which allow them to prey on creatures, like turtles, squirrels, snakes, meerkats, frogs, gazelles, and even smaller crocodiles. Ratels are so vicious that they typically devour their prey whole. This means that they often eat the skin, hair, and bones of their prey.

These creatures also shift their daily activities when they are around humans. In these situations, they become more nocturnal, choosing to hunt at night and remain in burrows or under bushes during the day. In more undeveloped areas, these creatures tend to hunt during the day.

In some parts of Africa, these creatures are nocturnal during the summer and diurnal during the winter months. This shows their ability to adapt to their surroundings, which is why they are not classified as endangered.

Lastly, these creatures thrive due to their use of tools. They are one of the only animals other than humans that are able to use tools in an advanced way. These animals can use tools in order to reach prey and escape from dangerous situations. However, it’s not clear if this tool-using ability only occurs in extreme environments or if it’s a more regular aspect of their behavior.

Threats to the Ratel

Even though these creatures are not considered endangered, they still face many threats in some parts of the world.

For example, due to their propensity for eating honey, there has been some conflict with beekeepers in recent years. This is especially the case in South Africa where some beekeepers have admitted to killing these creatures.

Thus, even though ratels aren’t officially classified as endangered, they are still threatened by human activity. Yet, outside of game reserves and national parks, these creatures are virtually unprotected.

Some of these creatures also die due to poison and gin traps that are intended to deter other animals. This brutality has been questioned in recent years, as a number of animal activists have sought legislation that protects these amazing creatures.

Thoughts About Classifying Animals as

The International Union for Conservation of Nature (IUCN) is one of the most trusted organizations when it comes to determining the conservation status of animals.

According to IUCN, ratels are rated as “least concern”.

Yet, this is a dubious claim that is meaningless. These statuses are often based on measurements of populations that are themselves inaccurate.

The ratel is a sly, evasive creature. As such, it’s difficult to determine the exact size of its population.

Additionally, this animal is located in many parts of the world, making an accurate population count quite difficult.

Additionally, despite its fierceness, this animal has small litter sizes of only about 1-2 cubs. These cubs are usually dependent on the mothers for long periods of time, making the ratel particularly vulnerable to being extinct.

The reality is that most creatures in the wild should be considered endangered due to the abusive behavior of humans. Humans are destroying the earth by releasing excessive greenhouse gasses into the atmosphere. These gasses are increased when humans engage in deforestation and burn fossil fuels for energy.

Excessive greenhouse gas emissions can lead to more extreme weather patterns. Most wild animals are unable to adapt to these changes, which could lead to them being extinct if such unsustainable human activity continues.

The Dangers of Using Classifications

Therefore, just because an animal is not considered endangered doesn’t mean that they shouldn’t be protected and valued. Yet, many people use these classifications as validation to harm and unnaturally manipulate such animals.

For example, in many areas of the world, humans are only allowed to hunt animals that are not considered endangered. Yet, this is clearly not an ethical activity, as these animals don’t want to die.

Additionally, humans can easily survive without killing other animals. This is because a plant-based diet is perfectly healthy. This diet excludes the need to kill animals in order to feed on their meat.

Humans have also invented many technologies that allow them to extract resources from nature in a non-violent way. For example, the hemp plant can be cultivated and turned into various bags. Humans no longer need to use animal skins to create bags. Yet, classifying an animal as “least concern” could lead to humans validating the commodification of some animals.

Furthermore, some people think that classifying animals is an act of human egotism that has no basis in nature. No other animal engages in this level of classification, so why should humans? If anything, these classifications could be considered another attempt by humans to exalt their species to a god-like status.

These classifications also represent the human ego attempting to find certainty amidst widespread uncertainty. This uncertainty concerns when some animals should go extinct and when others should survive. Why do humans think they are the ultimate determinants of this? 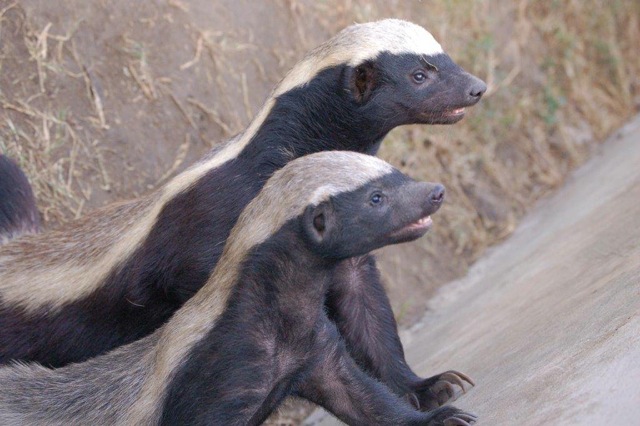 It’s also important to note that preventing extinction might be secondary to being compassionate to other animals.

In this sense, classifying animals can be a distraction from the true shift in human behavior that needs to occur.

For example, millions of cows, pigs, goats, chickens, and turkeys are being brutally manipulated and slaughtered each year. Yet, because humans specifically breed these animals, there is no chance of them becoming endangered any time soon.

Yet, this doesn’t mean that humans shouldn’t change how they treat these animals. Classifying animals can be a way of subtle validating their mistreatment while banning their killing.

Zoos are a particularly unnatural way of storing animals for human entertainment. Yet, these establishments are often lauded for their preservation efforts.

The easy way to view the absurdity of this treatment is to simply to reverse the situation. If the human population was salvaged by putting humans in cages, would that be ideal or ethical? Some critics wonder if death would be a more satisfying end than such excessive confinement.

Assigning a conservation status to certain animals is a distraction from changing the human diet.

The unsustainable and unethical nature of animal agriculture has been widely cited.

Many futurists think that a plant-based diet is all that is needed to sustain humans. Following this diet makes you realize that all animals deserve compassion, which excludes their enslavement and slaughter.

When humans regularly harm animals for their benefit, these ideas get projected on many other aspects of society. This includes conservation efforts which seek to validate humans’ control over other species.

In reality, the amount of control that humans have over their own species is questionable. By seeking to classify and control other species, humans are able to live under an illusion which only disconnects them further from nature.